Education: The Rajkumar College, Rajkot under the guidance of Principal McNoton. (1885-1889),

During the British rule, the Shahu Maharaj worked tirelessly to bring justice to the common people and to the overall social upliftment of the Bahujan Samaj, accelerating social change. Despite the opposition of the Sanatani class, he played an important role in the development of the Dalit (untouchable) and backward classes.

Shahu Maharaj was born on 26 June 1874 in the Ghatge family of Kagal. His original name was Yashwant, his father’s name was Jaysingrao and his mother’s name was Radhabai. After the death of Shivaji Maharaj IV, King of Kolhapur, his wife Anandibai adopted Yashwantrao on 17 March 1884, naming him Shahu.

During the period of four years from 1889 to 1893, Shahu Maharaj underwent educational and physical development at Dharwad. Maharaj’s education took place at Rajkot and Dharwad. Arrangements were made in the palace for his higher education.
The responsibility was given to a british officer Sir Stuart Fraser.

While studying, Shahu married Lakshmibai, daughter of Gunajirao Khanvilkar of Baroda on April 1st, 1891. He was 17 years old at the time and Lakshmibai was less than 12 years old.

He was the greatest king of that time. Maharaja Of Kolhapur. His personality was very attractive he had solid body yet he was simple and ground to earth king.

Shahu Maharaj was so close to his fellow peoples. He was influenced by the two grate freedom fighters mahatma jotiba fule and Agarkar .

He was not only king he was a social reformer..

In his work the influence of modernity and foresight is always seen. From the coronation to the present state of affairs and social affairs, Maharaj made many bold decisions, and brought them too.

Shahu Maharaj laid special emphasis on spreading education in the Bahujan Samaj. He made primary education compulsory and free in Kolhapur. He issued a royal decree to spread women’s education. In 1919, with a view to eradicating untouchability,

he abolished the practice of setting up separate schools for upper castes and untouchables. To eliminate caste discrimination, he enacted a law recognizing interracial marriage in his state.

In 1917, he passed the Remarriage Act, which legalized widowhood. He established the Deccan Rayat Association at Nipani in 1916 to involve the Bahujan Samaj in the political decision-making process.

The Vedokta affair over the right to chant the Vedokta mantra took place during the reign of Shahu Maharaj. He was educated by Fraser, a British officer. Further education took place at Rajkumar College, Rajkot and at Dharwad. Shahuraj’s personality was developed due to the knowledge gained through study and educational trip.

During the famine of 1896 and the ensuing plague, he was put to the test and completely overcome. The people feel that there is no such thing as ‘becoming a king’ in view of drought, distribution of food, cheap grain shops, establishment of destitute ashrams.

He also paid attention to agricultural development through the construction of Radhanagari Dam and providing loans to farmers.

He is Dr. Babasaheb Ambedkar was assisted for his education, as well as for the Mooknayak newspaper. He encouraged artists like the painter Abalal Rehman by giving them royal patronage.

Shahu Maharaj was given the title ‘Rajarshi’ by the Kurmi Kshatriya community of Kanpur. Many years before independence, Shahu Maharaj implemented the principles of equality, brotherhood, secularism, equal opportunity for development for all.

That is why he is glorified as ‘Maharaj’s Maharaj’ all over the country. Shahu worked to give rights and justice to the people of Rayat and the neglected community.

Throughout his life’s work, he exercised his power to ensure justice and rights for the masses in the society, which is why he became a public welfare ruler.

Maharaj ruled for about 28 years. The Shahu Maharaj were passionate about the education of the Bahujans. So Kolhapur enacted the law of compulsory free education.

He also set up schools in villages with a population of 500 to 1000. Parents who do not send their children to school will be charged Rs. 1 per month. Made a legal provision to levy fines.

He made primary education compulsory and free. Shahu Maharaj decided to make the untouchables self-reliant with the aim of improving the economic condition of the untouchables.

He started sewing clothes from the palace. Gangadhar Kamble removed the man from a tea shop in Kolhapur. In order to give prestige to the untouchables in the society, he conferred the titles of Mahar Palawan to Palawan Chambar, Sardar Abhang to Pandit, appointed untouchable educated youth as Talathi. With a view to eradicating untouchability,

The practice of filling separate schools for the untouchables was discontinued in 1919. He also implemented Patil schools, vocational schools, technical and skill teaching schools for the betterment of the village. Thoughts and works of Chhatrapati Shivaji Maharaj

He loved wrestling. He encouraged wrestling in Kolhapur and that is why you see now a day most popular wrestlers are from Kolhapur.

People come to Kolhapur to learn wrestling. This is all because chhatrapati shahu maharaj.

Maharaj established Motibagh Taleem in year 1875. Not only that, he also established a huge wrestling ground like Khasbagh Maidan in 1912.

Knowing the spirit of social commitment and foresight, Maharaj has a very important role in bringing the train to Kolhapur.

He started Railway from Miraj to Kolhapur on may 8 th 1888.

During the development of the city of Kolhapur, He also build Panjarpol for wandering animals. At sontali maharaja built large yard for horses.

In kolhapur he developed many markets. A large juggery market is one of them.

He transformed the look of Rankala lake completely.

At the thirteenth Kshatriya Kurmi convention held in Kanpur, the Maharaja received the honor and title of Rajeshree.

Some of his work

He was people’s king. Truly legend. 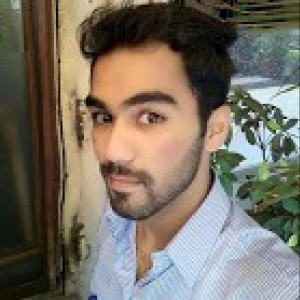